Welcome to OutRight’s program newsletter! Through it we want to share with you insight and highlights of some of the work that your support has helped our programs team to carry out in recent months, and the impact that our work has on the lives of LGBTIQ people around the world.

We hope you find this informative and interesting. As always, we welcome your feedback, comments and questions!

The continued criminalization of same-sex relations across the Caribbean region contributes to enduring stigma, harassment and violence against LGBTIQ people as it perpetuates the perception that we are not only second class citizens, but also criminals.

LGBTIQ activism has soared in recent years, bringing about incredible momentum for change, but not without risk. LGBTIQ activists who work openly and publicly for change, often receive threats, harassment and face very real threats to their safety. As the capacities of the activists are also limited, and their aims ambitious, burnout is also a significant risk both to the individuals and their respective organizations.

Secure, well-equipped LGBTIQ organizations, and healthy, safe activists are key to achieving change. As such, safety, security and wellness trainings are one of the priorities of OutRight’s work in the region.

In October, in collaboration with local partner Our Circle, a safety, security and wellness training was conducted in Belize. Sixteen LGBTQ activists participated in an engaging three-day Training of Trainers session focused on providing them with tools and resources to address digital and physical safety, as well as wellness for both the personal and organizational level. The workshop also incorporated modules around gender-based violence and self-defense.

A follow up training will be held in November to ensure that those who participated are not only proficient in applying the learnings in their lives and work, but are also equipped to train others, thus passing on the knowledge to a far-reaching network of activists and boosting the impact, and sustainability of LGBTIQ activism in the region. 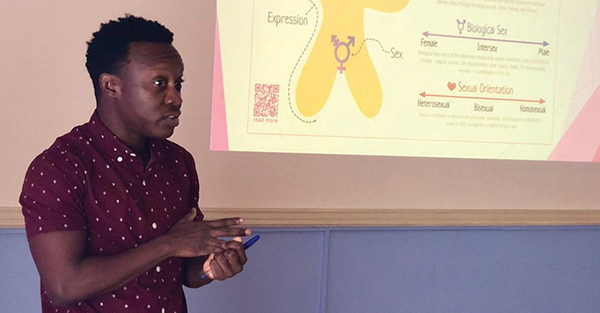 A study conducted by OutRight back in 2014 revealed that LGBTIQ people in Asia are at great risk of violence from family members. Due to pervasive negative societal attitudes much of this violence went unreported, and victims of it unable to receive necessary support. This was the case in the Philippines, where despite no criminalization of same-sex relations, services inclusive of or equipped to support cases including LGBTIQ people were absent.

As a result of these findings OutRight launched a 27-month long project in Quezon City which ended last year. The project resulted in 187 LGBTIQ-friendly service providers in over half of the city’s municipalities across six districts, identified with visible rainbow stickers outside municipal offices signaling the availability of LGBTI sensitive services.

Of course, Quezon City is not the only part of the country where family violence against LGBTIQ people is an issue. As such, since the pilot project wrapped up, OutRight embarked on a number of follow up projects.

With the support of the Mayor of Quezon City, outreach has been conducted, and all remaining municipalities will be trained within the next few months.

With funding from the Australian government, we have also been able to take the project to other cities, such as Mantinlupa, Mandaluyong, and Iloilo, with even more cities reaching out to invite OutRight and our local partner EnGenderRights, to bring the training to their respective areas.

The initial project and the ripple effect since have achieved tremendous success. Now across the Philippines LGBTIQ people who are victims of domestic or intimate partner violence have an entire network of LGBTIQ-friendly services they can turn to for support! 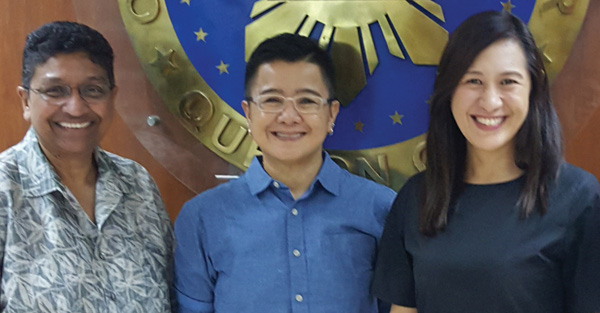 In August 2019 we released a groundbreaking report exposing the global reach of so-called conversion therapy practices seeking to change, suppress, or divert one’s sexual orientation, gender identity or gender expression. Awareness about such practices has grown in a number of countries, such as the US, parts of Europe and Australia, where authorities have sometimes sought to ban them. But elsewhere in the world, very little was known about “conversion therapy” prior to the release of OutRight’s report Harmful Practices: The Global Reach of So-Called Conversion Therapy” .

The majority of responses to the survey that formed a large basis of the report came from Africa (predominantly Sub-Saharan Africa), painting a chilling picture of widespread, often violent forms of “conversion therapy” taking place across the continent. 33% of respondents from across Africa stated that they believe so-called conversion therapy to be “very common”.

The key drivers fueling the practices in Africa appear to be religion, combined with family and cultural pressures. Religion was cited as a key driver by 75% of African respondents. Religious leaders are also the predominant perpetrators.

Yvonne Wamari recently joined OutRight Action International as our Africa Program Officer, and has been busy setting up the first of, hopefully, many projects seeking to combat “conversion therapy”. Working with partner organizations the project will focus on curbing the use of the practices, build an understanding of how harmful they are and provide support to survivors of “conversion therapy”.

During the UN General Assembly week in September, OutRight together with the UN LGBTI Core Group of which we are part, organized an annual high-level event drawing attention to ongoing violence and discrimination against LGBTIQ people worldwide. This year’s focus was on hate speech.

Hate speech crosses the boundary of freedom of expression and incites hatred, violence, harassment, and persecution. As such, tackling hate speech is one of the key challenges which the LGBTIQ movement has to take on.

At the event, a panel moderated by Jessica Stern and featuring the High Commissioner for Human Rights, Michele Bachelet; Editorial Director at NBC Out Brooke Sopelsa; Executive Director of the Eastern Caribbean Alliance for Equality and Diversity based in St. Lucia, Kenita Placide; and Head of Advocacy at the Trevor Project, Sam Brinton, discussed how that can be done. The panel highlighted the importance of classification of what constitutes hate speech, as opposed to freedom of expression; countering misinformation and ignorance; and having a powerful counter-argument, as key elements to combating hate speech.

Crucially, the event was very well attended both by state representatives, and the media, who all have the power to counter hate speech in their respective areas of expertise.

The opening remarks were made by the Prime Minister of Luxembourg, Xavier Bettel, whose emotional and intensely personal account brought the audience to tears and to their feet.

“Being gay was not my choice. But not to accept it is a choice. And to accept myself was so difficult. I don’t ask people to judge, but to accept. Homophobia [and transphobia] is a personal choice, and we have to fight against it.”

Read more about the event and watch it at https://outrightinternational.org/content/turnoffthehate-tackling-hate-s....

See our latest UN Newsletter for a full update from our UN team. 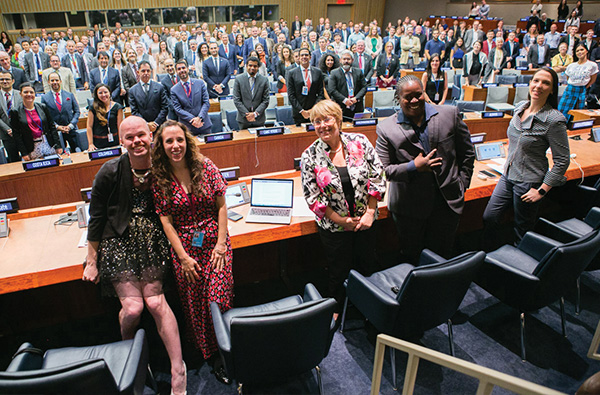 We have started work on a research project, which will focus on internet censorship of LGBTIQ content. We have teamed up with the Open Observatory for Network Interference (OONI), who are currently gathering data to test the extent to which LGBTIQ websites are blocked around the world. We expect to receive their findings in mid-December. Based on what they identify, we will focus in on the top six to eight countries where LGBTIQ-related censorship is occurring and conduct further research, including interviews with activists on the ground.

This report should be ready in the first half of 2020, so stay tuned!

Diagram of how OONI works courtesy of https://ooni.org.

Here are a few recent examples of OutRight’s media presence:

Jessica Stern is interviewed by Thomson Reuters about the death of LGBTIQ activist Charlot Jeudy in Haiti.

Jessica Stern is quoted in German Broadcaster Deutsche Welle piece about the World Congress of Families hosting a regional conference in Ghana.

NBC News picks up OutRight’s press release about the raid of an LGBTIQ-friendly bar in Uganda, and the arrest of 125 people

Jessica Stern writes about a proposed ban on “conversion therapy” being tabled in Germany for Euronews.