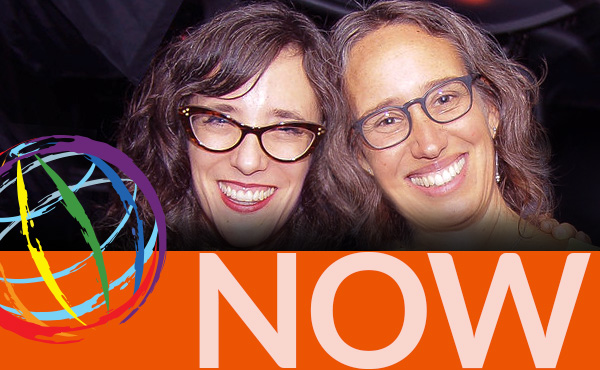 2020 is a special year for OutRight Action International. It marks 30 years since the organization was founded by our fearless founder Julie Dorf!

A lot has changed in the recognition of the human rights of LGBTIQ people in that time. Laws criminalizing same-sex relations have continued to fall across the world, in Botswana and Bhutan most recently. The Netherlands became the first country to recognize same-sex marriage in 2000; it is now a reality in almost 30 countries, with over a dozen more recognizing civil unions. There is a UN Independent Expert on protection against violence and discrimination based on sexual orientation and gender identity, whose mere existence signals loud and clear that international human rights apply to all, regardless of our sexual orientation, gender identity, sex characteristics, or any other distinguishing feature.

The world has undoubtedly changed. But it has not changed enough.

68 countries still criminalize same-sex relations, only four countries ban so-called conversion therapy practices which aim to change, divert or suppress our sexual orientation and gender identity, often through psychologically and physically violent means. And a concerted backlash at local, national and, alarmingly, at the international level is on the rise, positioning LGBTIQ people as somehow threatening to society, to children, to “traditional values”, and putting not only future progress, but also the hard fought successes we have achieved until now, at risk.

Over the next 30 years, and beyond, we will continue to fight for our right to be who we are, love whom we choose, and live in societies in which we can live up to our full potential.

2020 is a significant year for others too. The United Nations was founded 75 years ago. UN Women – 10 years ago. It is also the 25th anniversary of the Beijing Declaration and Platform for Action on gender equality.

These anniversaries will all be marked through events, and discussions both of the past and the future. And they all present a remarkable opportunity to ensure that the human rights of LGBTIQ people are solidified within the broader human rights framework, and that progress for LGBTIQ people continues globally over the next 30 years and beyond.

We look forward to celebrating our anniversary with you at these upcoming events: