Global LGBTIQ Voices From 36 Countries heard at the United Nations

Global LGBTIQ Voices From 36 Countries Heard at the United Nations

(New York) OutRight Action International’s Advocacy Week brings together almost 50 LGBTIQ activists from 36 countries from every region of the world to participate in the organization’s 7th annual Advocacy Week at the United Nations (UN) . From December 3 to 7, human rights defenders meet with government representatives and UN officials as they discuss the most pertinent issues in the field of international LGBTI human rights. 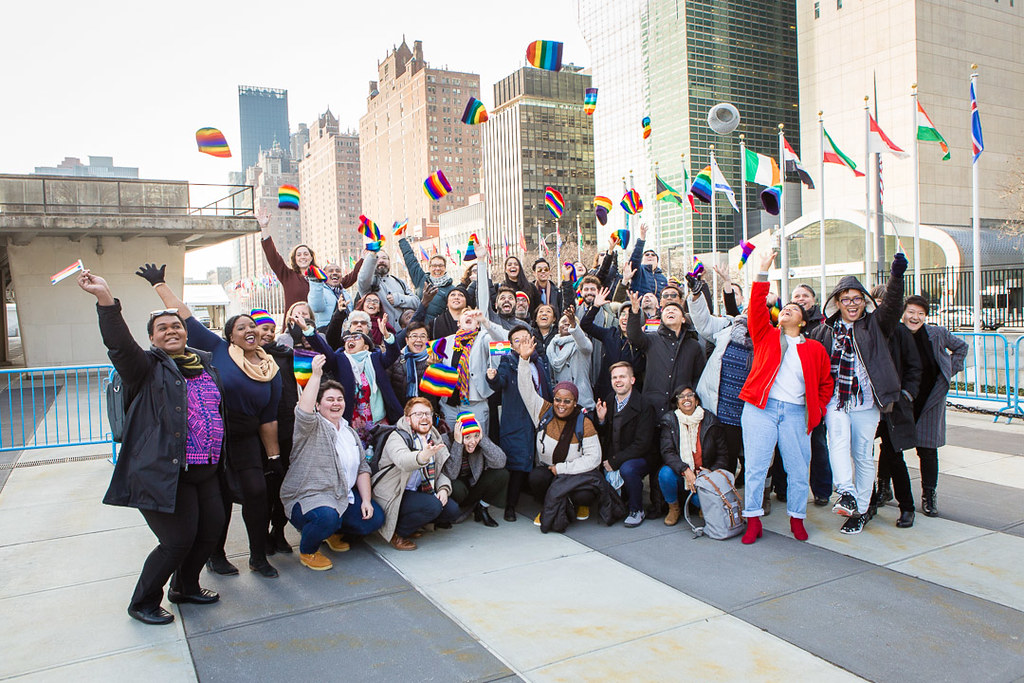 Advocates meet face to face with dignitaries from participating country delegations throughout the week. They will also meet with representatives from UN bodies like UN Women, the LGBTI Core Group and the Office of the High Commissioner for Human Rights.

“Advocacy week is where LGBTIQ voices and lived realities are amplified and delivered directly to the leaders and representatives who make international policy decisions. Activists from around the world have the chance to make the most of these meetings and come together with fellow advocates to strategize and learn from each other.”

Commenting on the importance of this week, OutRight UN Fellow and Executive Director of The Initiative for Equal Rights (TIERs) Xeenarh Mohammed says,

“It is important that diverse activists are able to come together, to learn, grow, and push their interest at the international level. OutSummit provides just that, equipping activists with the tools they need to push back daily both at home and at the United Nations against false narratives, barefaced lies and fear mongering against LGBTIQ people.”

Advocacy Week culminates on December 8th, with OutSummit, a one-day global conference bringing together U.S.-based and international activists to meet and discuss critical issues affecting the global LGBTIQ movement. This year’s conference highlights some of the world’s foremost experts and activists discussing the most cutting edge issues impacting the global human rights movement.

Among this year’s speakers are:

OutSummit will be hosted at The City University of New York Law School and is organized in partnership with the Sorensen Center for International Peace and Justice.

Press is encouraged to attend the event, contact M.J. Moneymaker mmoneymaker@outrightinternational.org for a free press pass.

Every day around the world, LGBTIQ people’s human rights and dignity are abused in ways that shock the conscience. The stories of their struggles and their resilience are astounding, yet remain unknown—or willfully ignored—by those with the power to make change. OutRight Action International, founded in 1990 as the International Gay and Lesbian Human Rights Commission, works alongside LGBTIQ people in the Global South, with offices in six countries, to help identify community-focused solutions to promote policy for lasting change. We vigilantly monitor and document human rights abuses to spur action when they occur. We train partners to expose abuses and advocate for themselves. Headquartered in New York City, OutRight is the only global LGBTIQ-specific organization with a permanent presence at the United Nations in New York that advocates for human rights progress for LGBTIQ people.