“Freedom doesn’t come without a fight, and it does not continue without vigilance.”
~ Caleb Orozco, 2017 Felipe de Souza award winner. 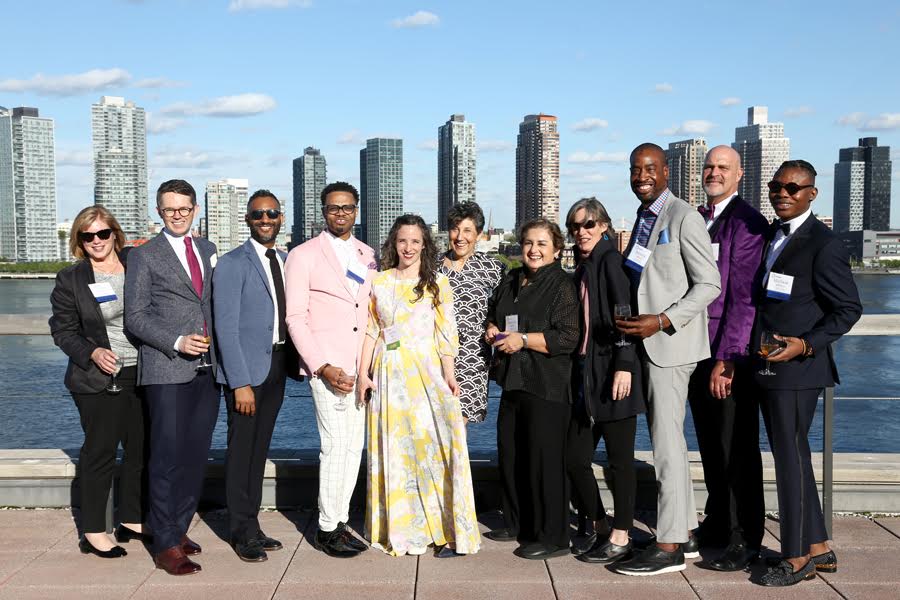 On May 15, 2017, OutRight Action International honored Caleb Orozco, the man who successfully challenged Belize’s sodomy law and won, with the Felipa De Sousa Award at the organization’s annual gala, a Celebration of Courage.

Caleb Orozco, Executive Director of LGBTIQ organization, Unibam, stole the show with his reflection on the struggles and successes of overturning Belize’s anti-sodomy law and changing the landscape of LGBTIQ rights in Belize and beyond. Kenita Placide, OutRight’s Caribbean Advisor, presented Orozco with the prestigious award and commented on the changing situation for LGBTIQ individuals in the Caribbean:

Poised and proud, Caleb Orozco accepted the award amidst a standing ovation, saying:

“I connect with Felipe de Souza because she was whipped into submission, but my defiance allowed me not to. She was exiled from home, but my family support allowed me to fight. Changing the landscape of Belize was tough. I know all too well that I could not have won my legal battle to bring down the sodomy law in Belize if it wasn’t for international pressure complemented with national mobilisation.

Freedom doesn’t come without a fight, and it does not continue without vigilance. We all know too well how rights can be ripped away, how bigoted leaders can turn the clock on our gains. It is in this need to be vigilant and the responsibility I owe myself and my fellow LGBTIQ community that I will continue to push against the oppression that silences LGBTIQ voices.”

“Eleanor Roosevelt’s spirit is central to OutRight’s spirit. Her love for all people, her commitment to dignity, work, education, housing, health, for all people across the globe.” 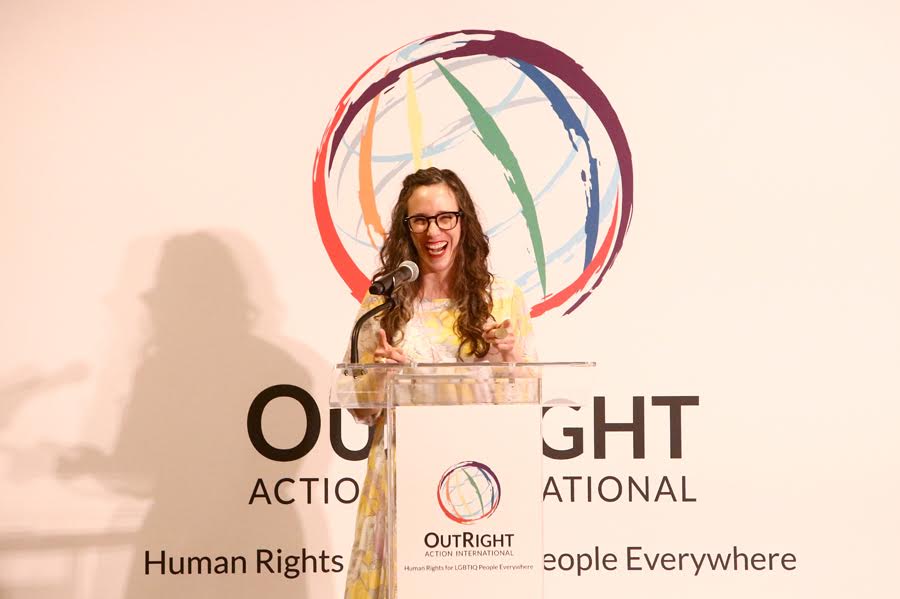 “What happened in the US election in November matters globally, not just for those of us who are US citizens. Without knowing it or being prepared for it, we left behind a decade where the US had become a champion for LGBTI rights across the world… When one government fails – the US or any other - there are 192 other governments that are members of the United Nations that are responsible for upholding LGBTI rights. And OutRight serves as a watchdog and needle in the side of every one of them. We’re here to remind governments that LGBTI rights are human rights and human rights are LGBTI rights.”

Every day around the world, LGBTIQ people’s human rights and dignity are abused in ways that shock the conscience. The stories of their struggles and their resilience are astounding, yet remain unknown—or willfully ignored—by those with the power to make change. OutRight Action International, founded in 1990 as the International Gay and Lesbian Human Rights Commission, works alongside LGBTIQ people in the Global South, with offices in six countries, to help identify community-focused solutions to promote policy for lasting change. We vigilantly monitor and document human rights abuses to spur action when they occur. We train partners to expose abuses and advocate for themselves. Headquartered in New York City, OutRight is the only global LGBTIQ-specific organization with a permanent presence at the United Nations in New York that advocates for human rights progress for LGBTIQ people.