In partnership with OutRight Action International, today starts the two-day regional consultation with UN Women on promoting and protecting the rights of lesbians, bisexual women, transgender and intersex people. The Regional Consultation recognizes and builds on previous work in advancing the rights and the well-being of LGBTIQ people, reducing inequality based on sexual orientation and gender identity and supporting inclusive development in the region including UNDP, Being LGBTIQ in Asia Initiative, UN Free and Equal Campaign for Lesbian, Gay, Bisexual and Transgender Equality, etc. 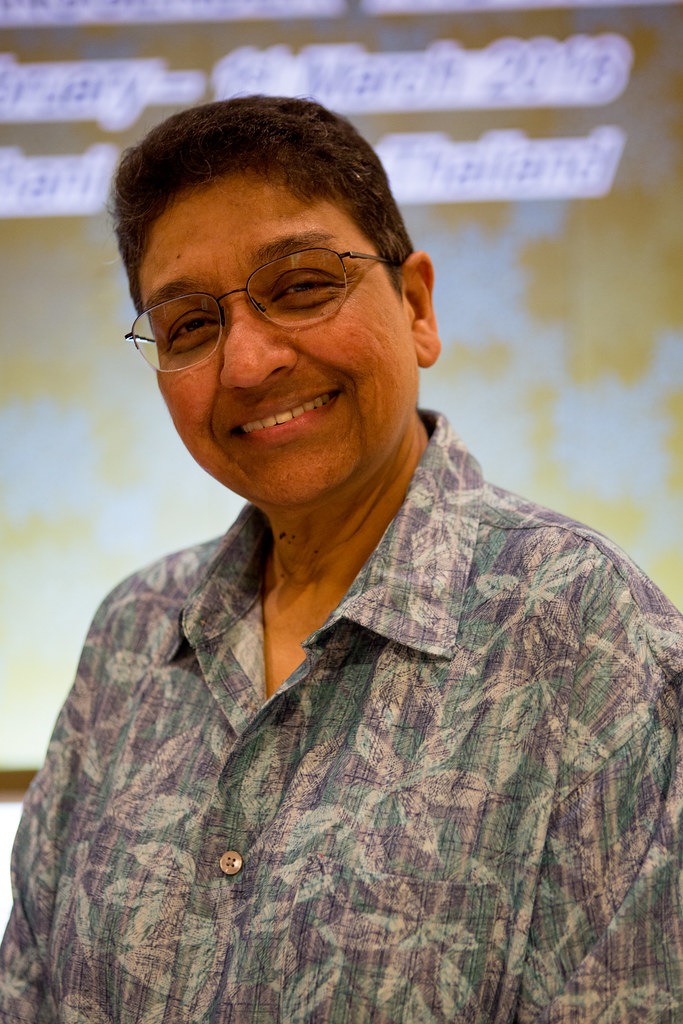 OutRight's regional program coordinator for Asia and the Pacific Islands, Grace Poore, gave opening remarks. The events can be followed on social media and highlights on Storify. Below is a full transcript of Poore's opening remarks.

OutRight Action International has staff in Asia, Africa and Latin America. We work in partnership with groups in these regions as well as the Caribbean and Middle East.

OutRight celebrated 25 years in 2015. When we began the fight for human dignity of LGBTIQ people, the issues and concerns of lesbian, gay, bisexual and transgender people did not have the visibility they have today. Back then LGBTIQ and Intersex communities had not taken the strides towards equality and recognition that they are actively taking today. Today Outright trains activists to use the human rights framework to document abuses and analyze data on violence and discrimination against LGBTIQ persons. In Asia, including in the ASEAN region, we assist lesbian, bisexual women and trans activists to directly engage with the United Nations—for instance with treaty bodies, notably CEDAW.

In my communication with lesbians, transwomen and transmen from the ASEAN region, I have learned that LBTI persons standing up for their rights are facing death threats, rape threats, family exclusion, forced marriage, forced pregnancies, criminalization, police intimidation, and widespread discrimination in many areaas of their lives. Some of these activists are also targeted for attacks by religious extremists and their allies. Without a groundswell of support and pressure from within countries, as well as by the United Nations and countries that are more conducive for LGBTIQ communities, these violations will continue unchecked. Furthermore, in Asia, even in countries where there is progress towards LGBTIQ rights, this progress is uneven and concerns of lesbians, bisexual women, trans men and intersex persons generally tend to be less visible, often ignored, under-documented, and under-resourced.

This regional consultation is part of an ongoing effort by Outright Action International to build a partnership with UN Women. I am especially grateful for the leadership of Roberta Clarke, Deepa Bharati, and the Asia Pacific Regional Office of UN Women for moving the agenda of rights and inclusion forward.

I would like to see UN Women consistently and systemmatically embed work on LBTI persons in their initiatives. My hope is that during this consultation, we can identify places where this work can have impact.

I urge us to set a high bar, as it’s not enough to just increase awareness and capacity without concrete results in a pre-determined timeline – say for instance, in two years. I would like to see commitments institutionalized. An example would be making sure that programs on gender equality and poverty eradication under the Sustainable Development Goals must include lesbians, bisexual women, transgender and intersex individuals.

CEDAW has been a productive site for engagement for in-country LBTI groups, particularly where there are recommendations on sexual orientation and gender identity to the state, and activists get to meet the Committee members for face-to- face dialogues. OutRight is assisting some of these groups in preparing their shadow reports and participating in dialogues with the CEDAW Committee.

In terms of getting recommendations on sexual orientation and gender identity for Asia, the Committee has not been consistent. In 2011 and 2012, the CEDAW Committee included issues related to sexual orientation and gender identity in its Concluding Observations for Singapore, Sri Lanka, South Korea and Nepal. This was not the case in 2013 and 2014.

In 2016 and 2017, several Asian countries are up for review—Japan, Sri Lanka, Philippines, Indonesia, and Singapore.

It would be useful if LBTI groups can work with UN Women to publicize the Concluding Observations and mobilize their communities to ensure that recommendations to the state are taken seriously and implemented.

Implementation of CEDAW recommendations requires in-country support and pressure from women’s movements and National Human Rights Institutions, which UN Women’s networks could also facilitate. There is no one-size fits all approach but UN Women can take the lead in helping governments and women’s NGOs understand the “intersecting factors that make it more difficult for lesbians, bisexual women, trans and intersex individuals to gain access to justice.” [CEDAW General Recommendation 33, July 2015]. In order to do this well, UN Women needs to reframe its understanding and definition of gender and intentionally counter stereotyping and stigmatization of gender variant individuals and women who choose same sex partners. It means standing up to coordinated state and non-state pushback.

As we all agree, ending violence against women is contingent on women being able to enjoy all the other rights – from the right to housing, to employment, equal protection under the law, freedom of expression, the right to consensual partnerships regardless of sexual orientation and gender, the right to bodily autonomy, and the right not to be criminalized.

I would like to see women’s movements and LBTI groups work together for a tipping point of culture when it no longer pays to continue bullying, humiliating, and violating women for not conforming.

We live to see the end of bullying women for non-conforming. -@OutRightAction Grace Poore #Planet5050 pic.twitter.com/LiKD8ANYgu

I would like to see women’s organizations, and other allies of LBTI communities think about what they can stand to gain when they challenge prejudice and fear-based narratives that spread intolerance and encourage discrimination and violence.

These are some ideas to kick off this consultation. I thank everyone who is here and appreciate the opportunity to work with you over these next two days, and going forward.