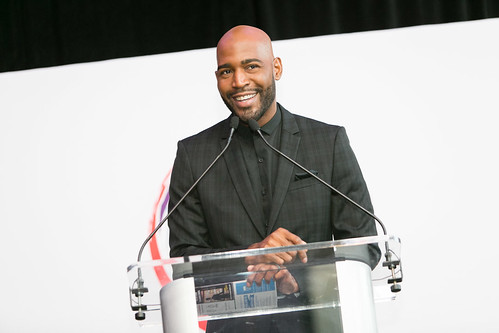 On May 14, 2018, OutRight Action International honored Arab Foundation for Freedoms and Equality (AFE), with the Felipa De Souza Award at the organization’s annual gala, a Celebration of Courage. The award was accepted by Georges Azzi, Founder and Executive Director.

The Felipa de Souza Award recognizes the courage and activism of grassroots groups and individuals working for the fundamental human rights of all people. 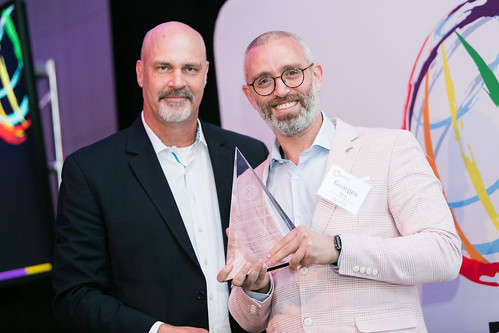 Georges Azzi, Executive Director of AFE, recounted his experiences working as an LGBTIQ activist among Arab states across the Middle East and North Africa (MENA) as he accepted the Felipa De Sousa Award for the organization. His words were powerful as he expressed his gratitude at being recognized and expressed the ongoing need for activist in the region, saying:

“We acknowledge that there is still a lot to be done before we reach an acceptable and more just situation for our community and our societies. Homosexuality is still illegal, and people are being tortured and killed for being who they are.

We are grateful, humbled and even more determined now to keep our voices heard loud and clear. It is now, more than ever, that we need to unite to overcome the tightening on individual liberties that is still happening worldwide.”

Speaking about her work as a children’s human rights activists, Lois Whitman, winner of OutRight’s OutSpoken Award, shed light on the many difficulties faced by LGBTIQ students, including bullying, harassment, and violence, highlighting the first-ever research report on LGBT issues by Human Rights Watch in 2001 and recent research from 2016. While the situation has gotten better for students in some places, much has yet to be done. Whitman commented,

“Lawmakers and school administrators have increasingly recognized that LGBT kids are vulnerable in schools and many have put in place policies to protect kids. But the progress is uneven. Many states that have ordered protections, but they are inadequate or unenforced.” 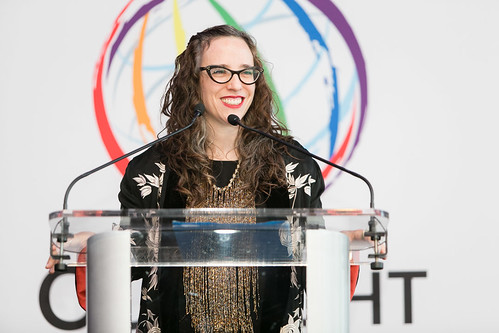 “To borrow a metaphor from Karamo, if you want to travel back in time to 2000 or earlier, to invisibility and lack of legal rights, all you have to do is get on a plane. Walk out of this room, go to JFK, and fly to the countries where OutRight works. You will see the hardship, you will remember how far we’ve come; and you will want to do something urgently.”

Photos from OutRight's Celebration of Courage 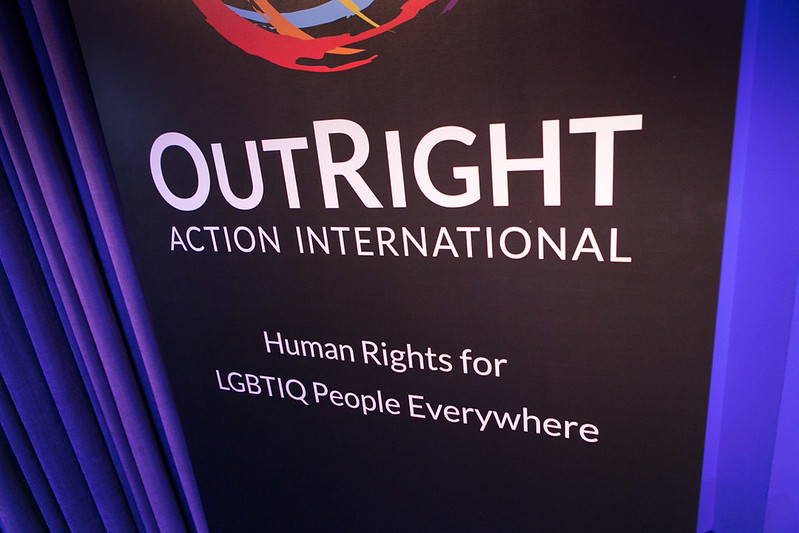