OutRight Now: The Legality of Love 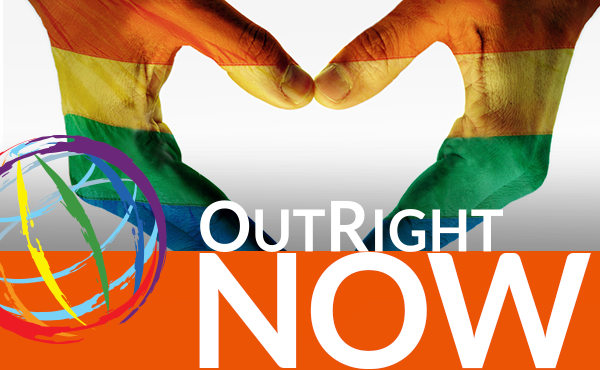 As shop windows fill with hearts, billboard ads explode with photos of (predominantly different sex) couples, and people around the world celebrate romantic love for one another, I inevitably think about the love less seen on this day – that between people of the same sex. I think about the countries in which same-sex relationships are recognized, and the alarming number where our very being is still criminalized.

These laws, apart from deeming us second class citizens and criminals purely for who we love, legitimize prejudice from society at large. They endorse harassment and violence against LGBTIQ people, forcing us to lead lives in secret and fear, hiding, not celebrating our love.

Encouragingly, the fall of these predominantly colonial-era relics has been a consistent trend across the world. Most recently Botswana and Bhutan slashed their laws criminalizing same-sex relations. Many of the rest are under siege. Just in the last few months challenges have been mounted in Dominica, and St. Vincent and the Grenadines. Challenges are also pending in Singapore, Kenya, and Tunisia.

The number of countries which still criminalize same-sex relations is undoubtedly discouraging, a testament to the many challenges which still lie ahead until we can truly reach LGBTIQ equality. But there is another number, one which deserves celebration, especially today – over 40 countries recognize some form of partnership between partners of the same sex, be that marriage or civil union. Just last year Taiwan became the first country in Asia to recognize same-sex marriage, Northern Ireland joined the rest of the UK in doing the same, recognition of same-sex marriage is pending in the Czech Republic.

This progress does not appear out of the blue; it is the result of tireless work by LGBTIQ organizations bringing communities together, advocating for their rights, raising visibility and awareness, and changing hearts, minds, and laws in the process. For that reason, supporting the establishment and registration of organizations, and building their capacities is one of the cornerstones of OutRight’s work.

It is largely because of organizations pushing for change that we can celebrate the explicit recognition of same-sex love in over 40 countries today.