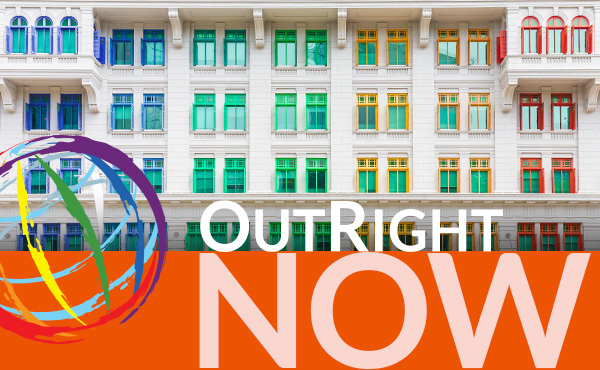 I was reminded this month that seemingly small efforts can cause a ripple effect with great consequences. That persistence, involvement of allies, strategic choices, and time, lead to change, even in challenging or unlikely places.

Singapore is one of the 68 countries around the world where same-sex relations are still criminalized. Although Section 377A of the Penal Code is rarely imposed, and is facing a number of challenges in the courts, its existence makes us criminals purely for who we love, and, quite naturally means that LGBTIQ people who are victims of violence or discrimination do not seek recourse for fear of retribution or even imprisonment.

It is difficult to believe that a country which criminalizes us, could also explicitly protect us, not through general human rights provisions which protect all, but through explicit mention. But it can.

Earlier this month, on October 9, 2019, the Religious Harmony Act of Singapore was amended to specifically list sexual orientation as a protected ground against religiously motivated hate speech, violence and discrimination. This is the first time that a legal or policy document in Singapore includes the words 'sexual orientation', indicating that public morality, peace or public order, which have often been used to prevent LGBTIQ people from organizing public events or founding organizations, are not a justification for violence and discrimination.

A couple of months before this the Ministry of Social and Family Development also stated explicitly that protections against intimate partner and domestic violence are inclusive of LGBTIQ people - who are at a high risk of such violence with often frightfully little recourse.

OutRight’s work in Singapore began back in 2013 when we trained local activists to document family violence and intimate partner violence in LBT communities. Those activists went on to document instances and drivers of such violence and issued a report with their findings. This report, in turn, ensured that policy makers and even allies, who had previously dismissed the relevance of domestic violence to LGBTIQ people, could not do so any longer and, in turn, contributed to successful advocacy for the above policy changes.

What a great reminder that ripple after ripple leads to change! Much remains to be done in Singapore, starting with decriminalization of same-sex relations and achievement of the same explicitly inclusive protections on grounds of gender identity and expression, but these recent changes serve as inspiration and reminder of what LGBTIQ movements are capable of!

I hope to see many of you on December 7th, at our annual OutSummit!