OutRight Now: Updates from the Caribbean 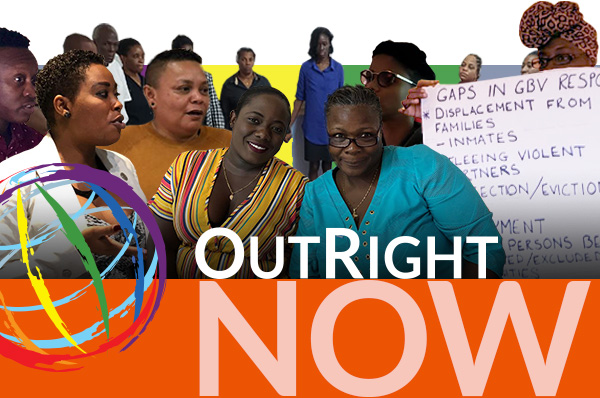 Gender-based violence is a reality affecting women, LGBTIQ people who do not fit within the narrow parameters of the assigned societal gender roles, and even men, across the world. Archaic perceptions of gender roles and appearances, toxic masculinity and other factors, lead to shocking violence against those who somehow do not fit what is perceived as the norm.

Consequently, advocating for inclusive policy, raising awareness, training first responders and service providers on how gender-based violence affects LGBTIQ people and, in turn, how to provide LGBTIQ victims of gender-based violence with necessary support, has been a key theme in much of OutRight's programmatic work. Most recently in the Caribbean, where just last week a training session on the issue took place in Antigua.

In the Caribbean gender-based violence against LGBTIQ people is exacerbated by the existence and legacy of colonial-era “buggery” laws, which to this day criminalize same-sex relations across the majority of the region. Such laws not only deem LGBTIQ people as criminals, they also perpetuate negative societal attitudes and give the green light for discrimination, harassment, and, at times, even violence. Moreover, the very existence of these laws and their implications more often than not mean that LGBTIQ people who are victims of gender-based violence do not report it, or seek help, for fear of outing, stigmatization, or even imprisonment.

Victims of violence should not have to wait for archaic laws to fall to receive support. So, earlier this year, OutRight and local partners founded the Frontline Alliance: Caribbean Partnerships Against Gender Based Violence to address gender-based violence against women and LGBTIQ people in the Caribbean. In the months since, training sessions have been held in St. Lucia, Trinidad and Tobago, Haiti and Antigua with key service providers, frontline workers, and trainers, all of whom can directly improve the provision of essential services to people who have suffered from gender-based violence, as well as support advancing policy and legal reform to promote the rights of the LGBTIQ community in the Caribbean region.

Read more about the project here, and read Program Officer Neish McLean's opinion piece on decriminalization prospects in the Caribbean here.
Thank you for your ongoing support for our cause!