Strengthening LGBTIQ Advocacy Across the Caribbean

OutRight is excited to report back to you after a few days in St. Lucia where over 50 lesbian, bisexual, and trans (LBT) activists and allies gathered at the 5th annual Caribbean Women and Sexual Diversity Conference (#CWSDC5, #CWSDC2017, #CWSDCSLU). The conference allows (mostly) women and trans activists to convene, exchange knowledge, and strengthen advocacy across the Caribbean on lesbian, gay, bisexual, transgender, intersex, and queer (LGBTIQ) human rights, focusing on women’s empowerment.

OutRight’s Caribbean Advisor, and Executive Director of the Eastern Caribbean Alliance for Diversity and Equality (ECADE), Kenita Placide, had the following to say about the conference,

“This 5th conference was special, it also happened in a year with many climate challenges like we’ve never faced before. We took a leap of faith that the implementation of the conference would be great, and we succeeded. The inspiration, energy, shared experiences, and valuable input of every facilitator and participant created a re-empowered network of activists who were able to reflect on self development. Hurricanes destroyed homes but this conference allowed us to build some lives and restore hope for others.” 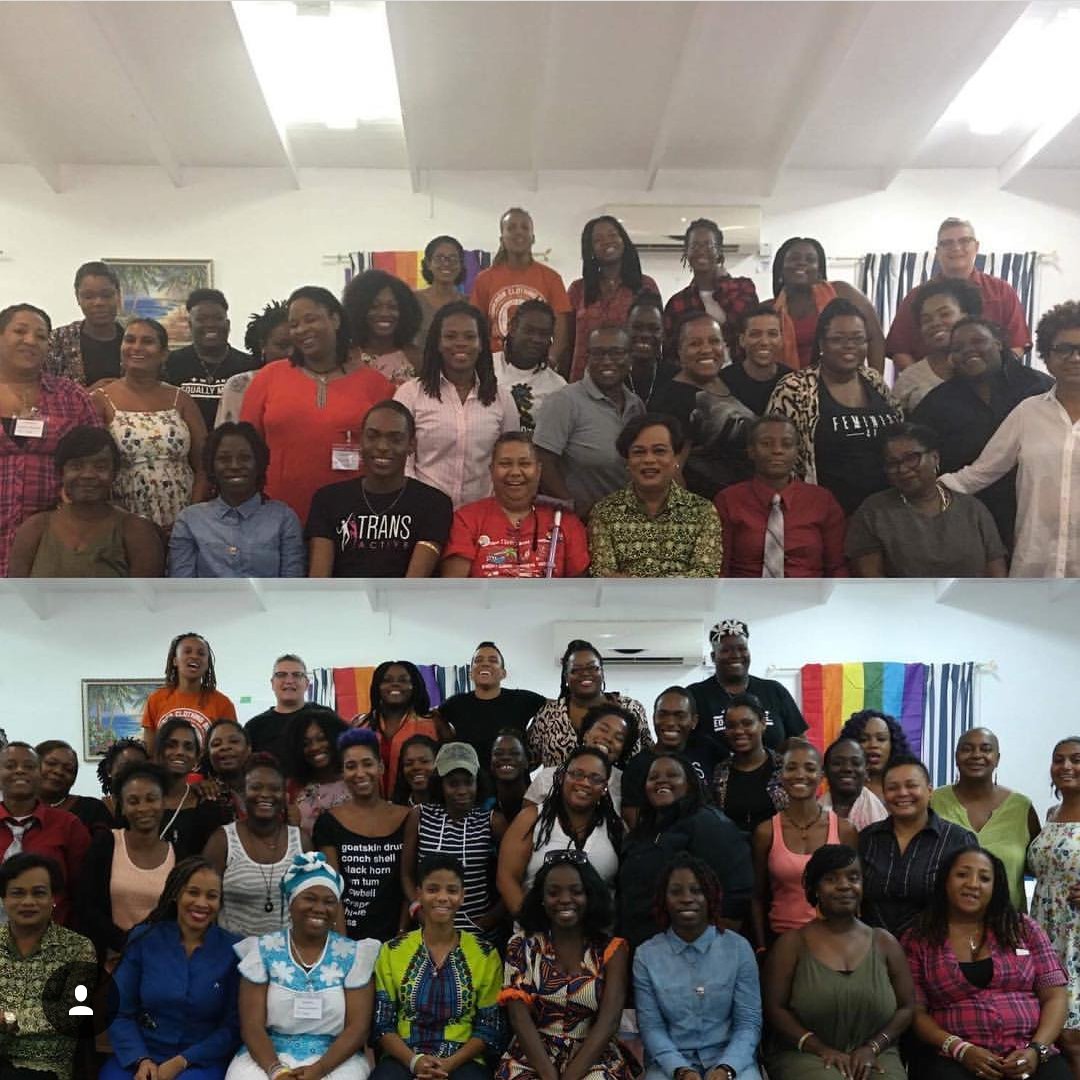 OutRight has supported this conference through the 5 years and seeing it’s growth this year was an incredibly rewarding experience. We regularly work with Caribbean activists at the United Nations so the workshop OutRight's executive director, Jessica Stern, led on the UN system was both important and well received by the participants. Felicity Daly, OutRight’s Global Research Coordinator, led a workshop on research methods - in a region where little research has focused on LBT experiences, it is key that we start generating data.

Also during the conference there was a special trans caucus that took place, allowing the issues impacting the trans community in the Caribbean to be brought to the forefront. Not only was this historical in the context of this conference, but a small interim committee has been set up to push forward the recommendations and advocacy objectives raised by the caucus.

“There is now visibility and unity amongst trans people of the Caribbean. The space created in here allowed us to be human beings, not just as trans men or, trans women, or women. We will be moving forward and upward together here as one Caribbean voice. We may all be from different Caribbean countries but our issues are the same.”

The conference made clear that change is possible through individual development and community mobilization. OutRight looks forward to continuing to be a supporter and participant of the CWSDC and contributing to the advances in the human rights of LGBTIQ people in the Caribbean.