OutRight Action International is deeply saddened to learn about the passing of beloved Samoan fa'afafine activist To’oto’oali’i Roger Stanley. Roger was a fierce leader of fa'afafine rights in the Pacific and around the world. She was courageous and dedicated to making the world a better place for LGBTIQ people everywhere. Roger will be missed but her legacy will continue. 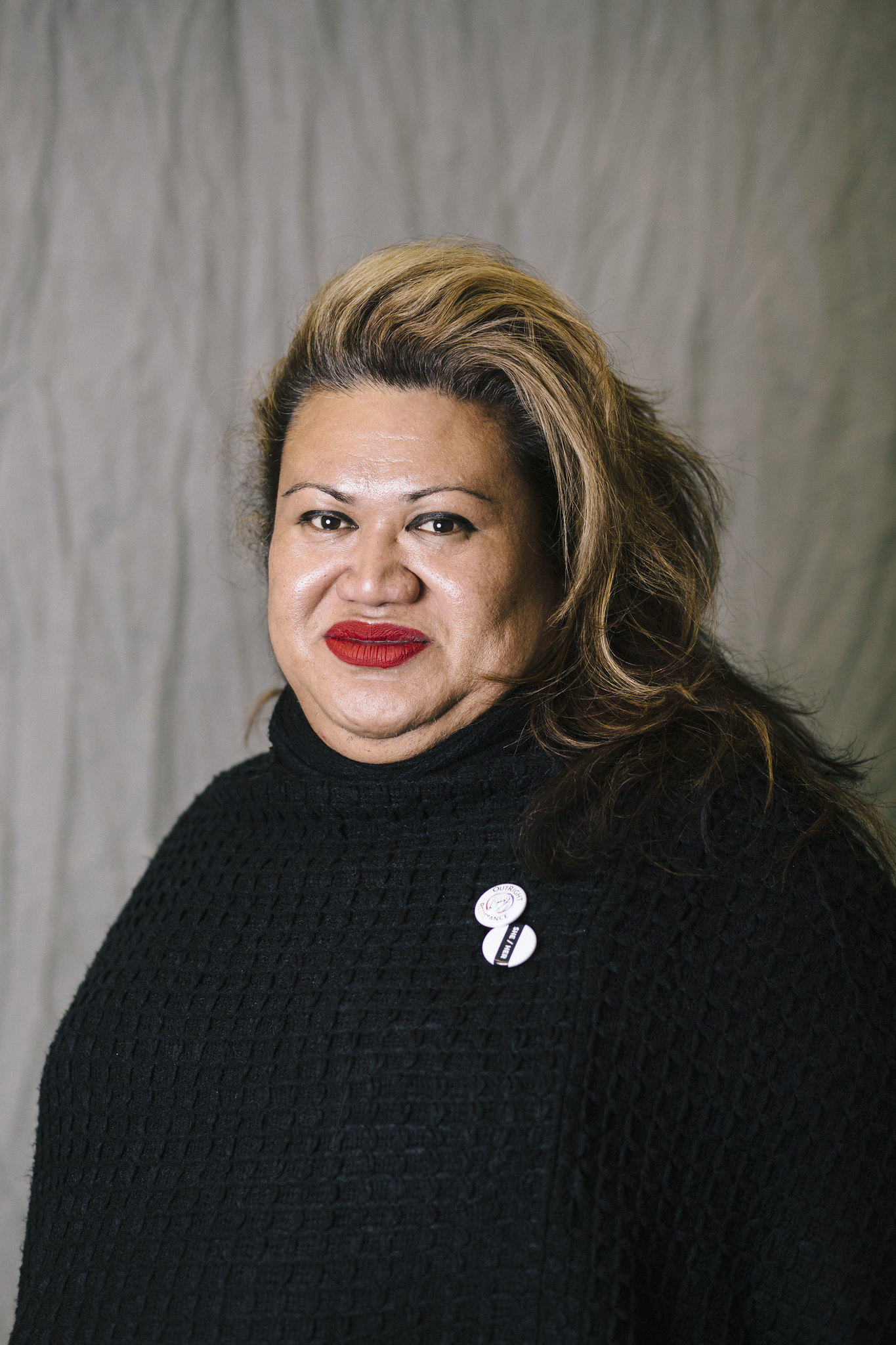 Roger was the President of the Samoa Fa’afafine Association Incorporated (SFA), and had been since 2006.

Roger occupied a unique position in the world of LGBTIQ advocacy. Through her work, in media and community-based policy, Roger did far more than just flagging LGBTIQ rights violations in Samoa and the Pacific region. As a leader and advocate of the Fa’afafine community, Roger taught the world a valuable lesson on the diverse and complex ways LGBTIQ people can exist in cultures and countries across the globe.

OutRight was fortunate to host Roger during our annual Week of Advocacy in December of 2017, where she was able to share the experiences of fa’afafine across the Pacific and advocate with influential UN Missions and agencies. Additionally, OutRight interviewed Roger in the weeks leading up to Week of Advocacy, in which she spoke about her dedication to advancing the human rights for LGBTIQ human rights everywhere. In the interview, she said:

“As a fa’afafine myself, and having grown up in Samoa as fa’afafine, I can understand the sorts of struggles we endure.

Being a fa’afafine is at times both a blessing and a challenge. A blessing in the sense that fa’afafine play fundamental roles of service within the family, church, [and] village unit. Fa’afafine play a significant role in the rearing and raising of children, caretaking responsibilities for the elderly and disabled. Many of our fa’afafine do well in education and employment and thus provide financial sustenance to families and the many obligations attributed to being a Samoan.

However, these are the same relationships which prove challenging at times. Although we lead the choirs, organise the decorations for the church and so on, it is the same church that tells us that the way we live our lives is wrong. This then gives way to those who may look at us with contempt and suspicion justification maltreat fa’afafine.

Several fa’afafine have been victims of domestic abuse and sexual violence based on their chosen expression. I have certainly had my own personal experiences; however, I have been able to rise above them.”

Friends and activists from all over the world felt the impact of Roger’s untimely departure.

My heart is very sad at the passing of our friend and comrade Tootooalii Roger Stanley, President of @SamoaFaafafine. A vivacious character and inspiring activist. I am thinking of her family and friends around the world. RIP x pic.twitter.com/bye0uWmFr1

I met this beautiful & strong activist a few weeks ago working alongside her at the United Nations advocating for LGBTI Human Rights Globaly. Her love & vision for our community was clear. I vow to uphold that vison along with other. You will be missed #RIP https://t.co/yjjRvZPrQv

“Life is so unfair.

#RIPRoshni Tootooalii Roger Stanley my darling, I am going to miss you, I will miss us my friend and the plans to continue advocating for change.

Roshni, hoping you are at a better place. Thank Almighty for your life and for fighting for the LGBTI community particularly the transgender community.

What a loss. A stallion, an angel and great fighter from Samoa.

We send friends and family condolences in the Pacific Islands from South Africa.”

The Samoa Fa’afafine Association Incorporated published a statement about Roger, saying, in part:

“Roger is one of the founders of SFA and was President ever since its establishment in 2006. Known to all of the fa'afafines and fa’atamaloas in Samoa as “Mama”. The work of SFA stands as a testament to the power of grassroots organizing. Roger was a nationally and regionally recognized champion for human rights and fa’afafine and fa’atamaloa empowerment. She was a pioneer in articulating the links between human rights, exploitation of fa’afafines in Samoa and the Pacific, and the health, wellbeing and security of the LGBQTI community. A fearless queen who never gave up in making a mark for SFA in national development, and who managed to engage the Honourable Prime Minister of Samoa as the Patron for their community organization.”

The Pacific Sexual and Gender Diversity Network shared a long tribute to Roger, of which parts include:

She was full of charisma and life and where ever she was, the atmosphere would be warm & abuzz with fanfare and laughter. Her pleasant and warm personality drew people to her. Those who just wanted to cuddle her or get to know more about her. She was confident, beautiful, an intelligent & smart Samoan fa'afafine, funny, straight-talker, caring and loving.

Apart from the many many great initiatives that she lead, drove and oversaw within the Samoan Faafafine Association, one of her greatest achievement was getting the Samoan PM to be one of their patrons. Her sterling efforts was recently acknowledged in the media and being the kind person that she was she acknowledged others who supported her. She was indeed special and influential. And all of these she handled like a queen while having a fulltime day job. Her dedication and commitment to fighting violence and injustices against the fa'afafine and Fa'afatama and the broader LGBTQI community was admirable.”