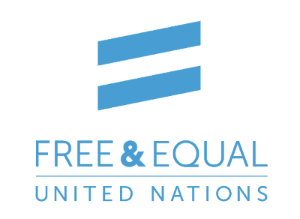 The LGBTI Core Group at the United Nations invites you to attend a Ministerial-level meeting on:

The meeting will discuss measures to tackle violent abuse and unfair treatment of LGBTI people around the world, and highlight the urgent need for dialogue within and among countries.

The United Nations LGBTI Core Group is an informal cross regional group of United Nations Member States established in 2008. The group is co-chaired by Argentina and The Netherlands, and includes Australia, Brazil, Chile, Colombia, Costa Rica, Croatia, El Salvador, France, Germany, Israel, Japan, Montenegro, Mexico, New Zealand, Norway, Spain, the United Kingdom of Great Britain and Northern Ireland, the United States of America, Uruguay, the European Union and Albania (as an observer), as well as the Office of the UN High Commissioner for Human Rights, and the non-governmental organizations Human Rights Watch and Outright Action International.