HIGHLIGHTS FROM THE EVENT

On November 20, Transgender Day of Remembrance, the Permanent UN Missions of Argentina, Brazil, Chile, Colombia, El Salvador and Uruguay, joined by OutRight Action International and the Office of the UN High Commissioner for Human Rights, discussed the progress of human rights for LGBTIQ people in Latin America at a special event at UN Headquarters in New York.

Tracy Robinson, Rapporteur for the Rights of LGBTI persons Inter-American Commission kicked off the event which featured the world premiere of Daniela Mercury's new music video for the UN Free & Equal campaign, the LGBTIQ-focused initiative of the UN body. The recorded livestream of the event can be found on UN Web TV where you can watch Belissa Andia, a partner and Peruvian activist speak on the state of transgender human rights.

OutRight Executive Director Jessica Stern, in her remarks, urged the Latin America delegation to commit to six actions to move progress forward for LGBTIQ people in the region:

Below are photos from the event and the premiere music video by Daniela Mercury: 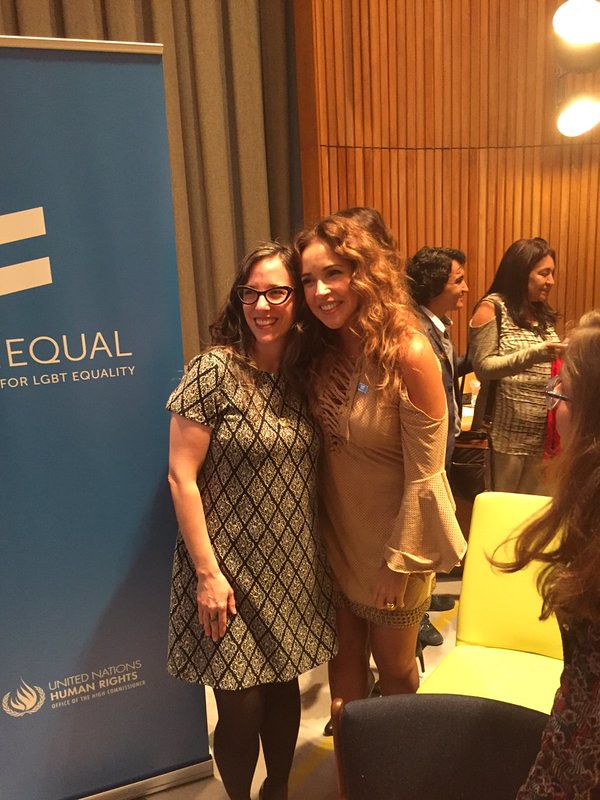 Submission to the UN