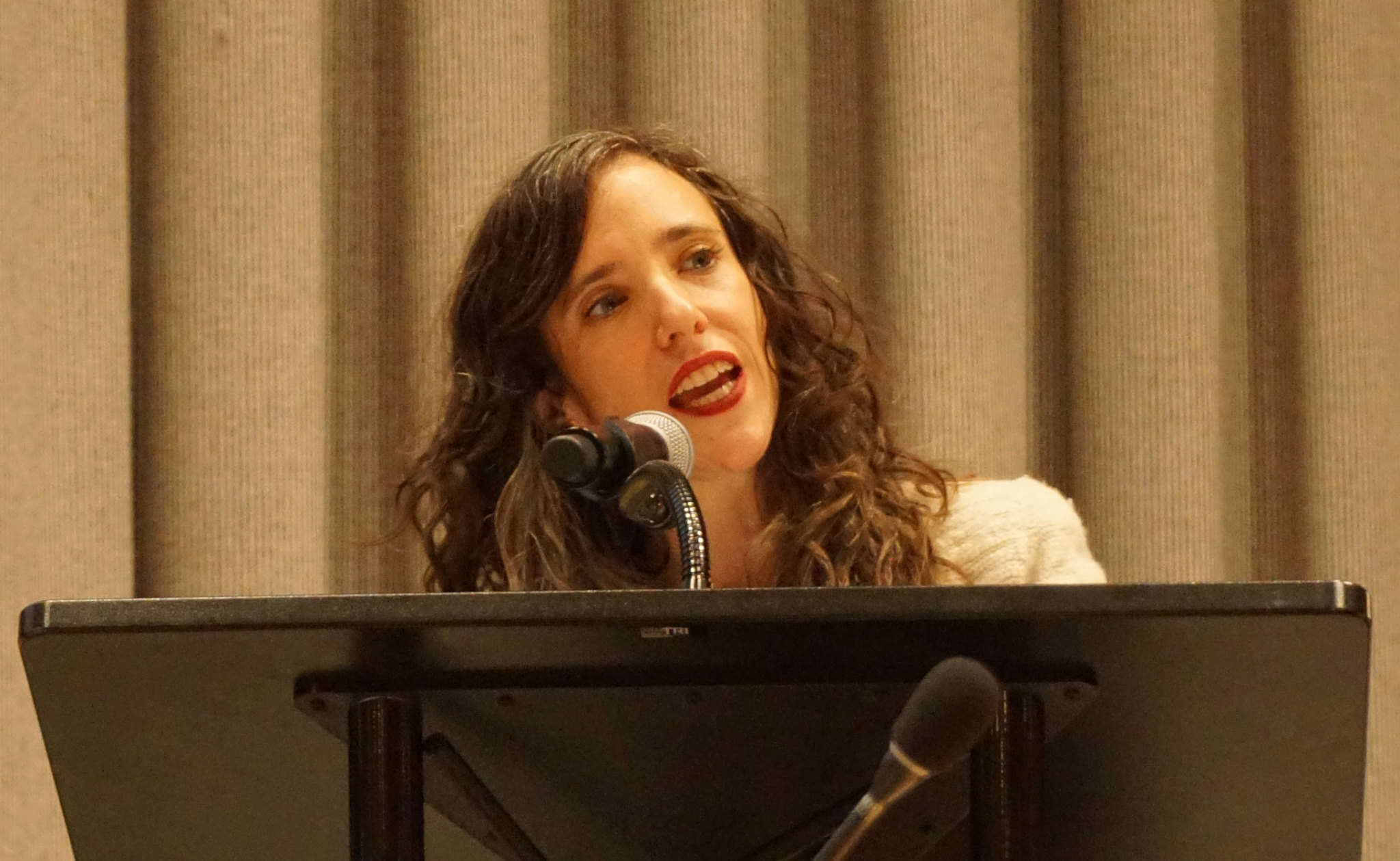 Jessica Stern opened the event, introducing OutRight Action International, thanking the UN LGBTI Core Group, and welcoming the high-level government speakers. Recognizing the significance of the day’s event she noted, “Today’s gathering is the largest representation of States at the highest level on LGBTI human rights at the United Nations or anywhere – ever – that I’m aware of.”

Commenting on progress at the United Nations since the inception of the UN LGBT core group she said, “Over the past decade, we have witnessed more progress on the human rights of LGBTI people at the UN than in all of the prior years of the UN Combined. Thanks to the sustained efforts of civil society, key UN Members States, and allies across the UN system - the words ‘sexual orientation, gender identity and expression, and sex characteristics’ are actually spoken in multilateral negotiations, written into resolutions, named in the Universal Periodic Review process and treaty body engagement - and now constitute sections of work done by UN agencies,” continuing, “We are queer. We’re here. And that matters!” 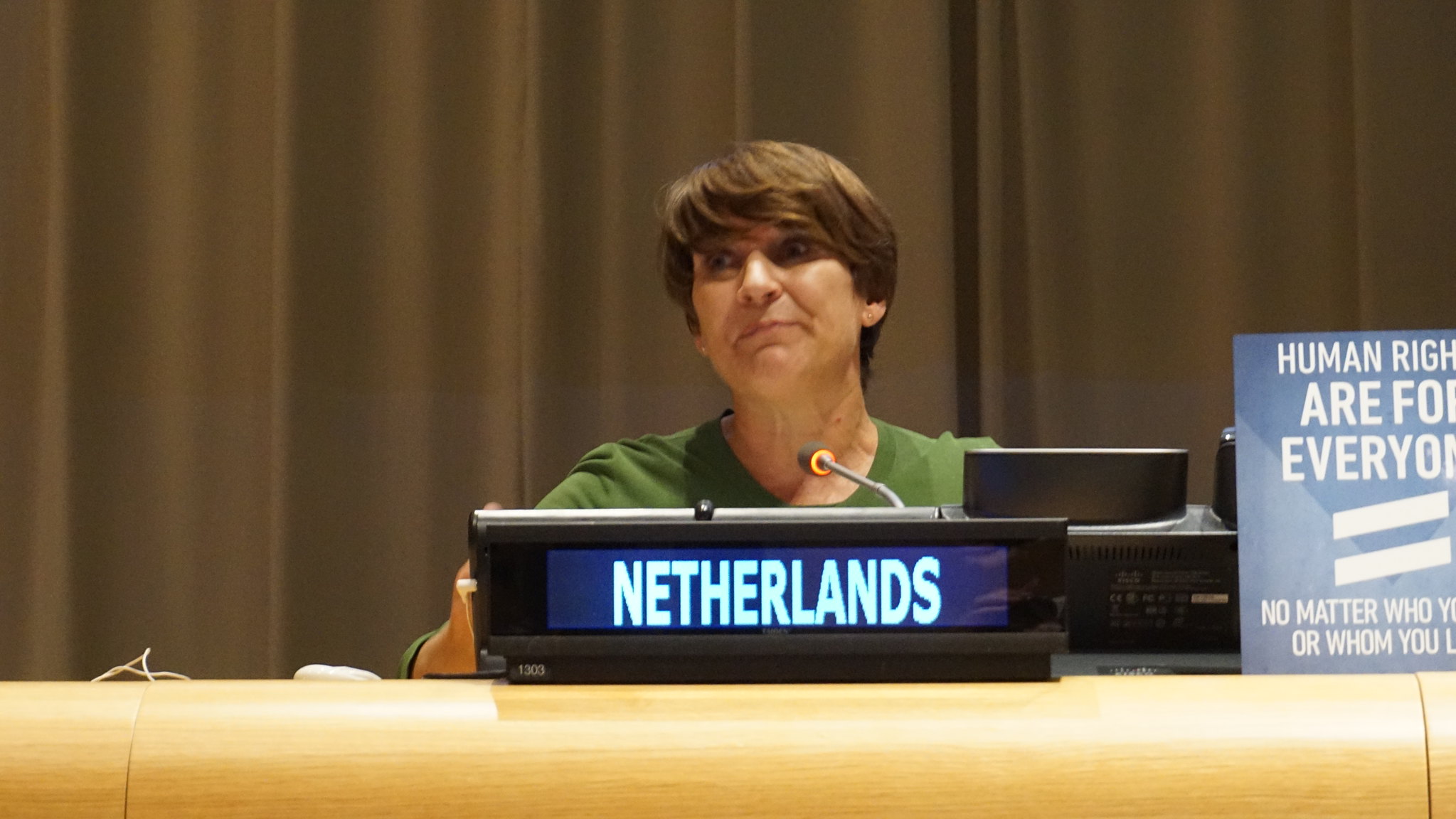 The first speaker, Lilianne Ploumen, Minister of Foreign Trade and Development Cooperation of the Netherlands, noted frankly that “LGBTI rights are human rights,” and articulated the ways in which progress has been made in reaching objectives for equal treatment of LGBTI people, both by governments and the UN. She also made an ask to the crowd, saying, “My call to you all is to keep the conversation going, although we see a lot of progress, we suffer a lot of backlashes. We need to work together, advise each other, and assist each other wherever is possible.” 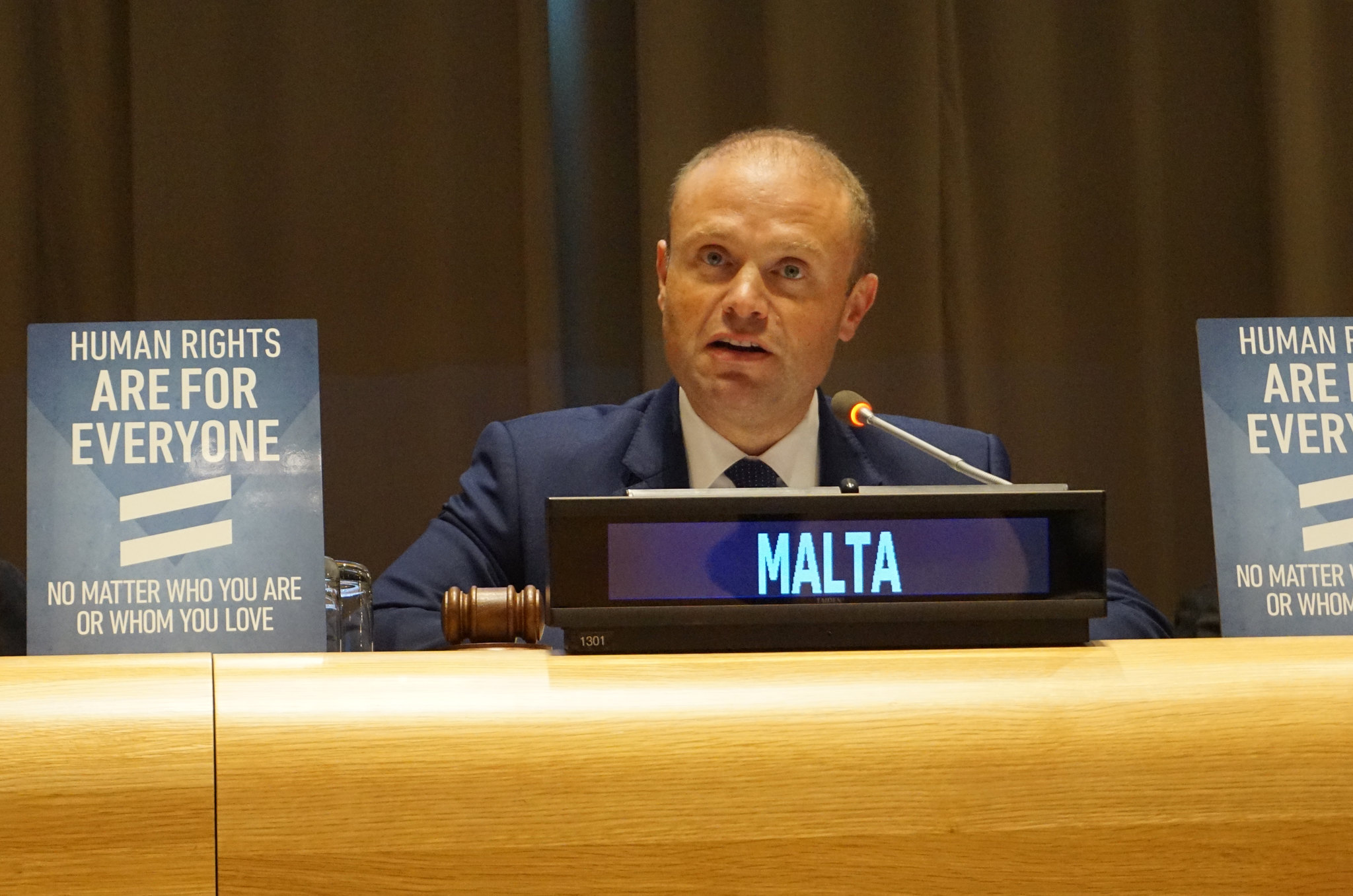 The Prime Minister of Malta, Joseph Muscat, spoke next. He gave an overview of how Malta transitioned from a deeply conservative country into one that has constitutional protections for LGBTI people, and as the first country in the world to legally ban surgery on intersex children. In a powerful statement, he said, “Bodily diversity should be as significant as the color of one’s eyes.” In explaining how Malta has changed so quickly he recognized political will and the importance of civil society saying, “While change in our country happened rapidly, it did not just happen. Neither is it related to the small size of the country, or any other intrinsic characteristics. It took determination, leadership, and most of all, political will...Today’s achievements are part of a partnership between civil society and government.” 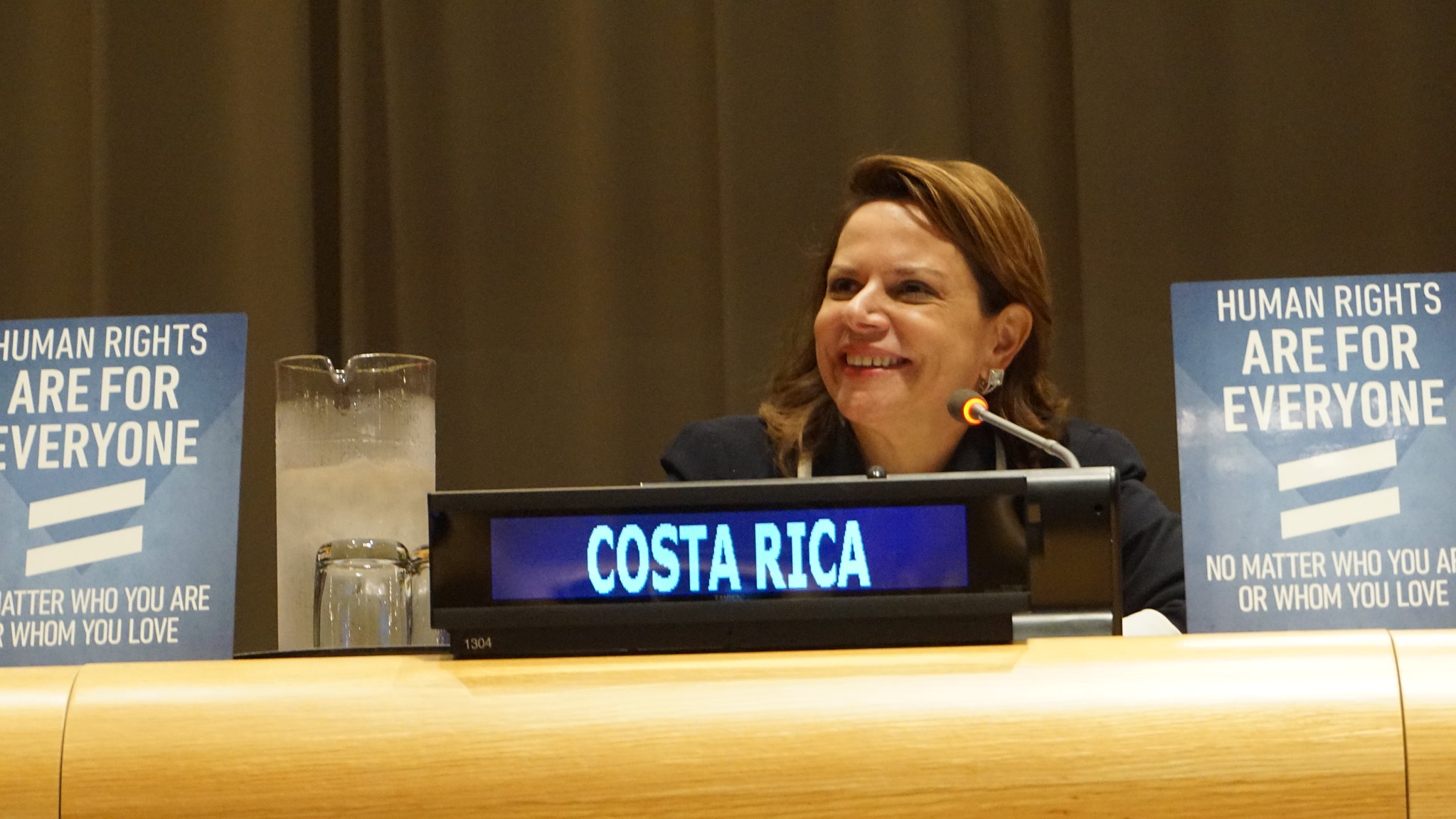 Vice President of Costa Rica, Ana Helena Chacon Echeverria, was next to speak, giving a local and global picture of LGBTIQ human rights progress, and the need for the world to come together in lieu of worrying global trends. Importantly she also recognized the need for LGBTI people’s inclusion in development, making reference to the UN Sustainable Development Goals, noting, “Discrimination for LGTB people is a human development issue. Leaving noone behind means acting according to everyone’s specific needs.” 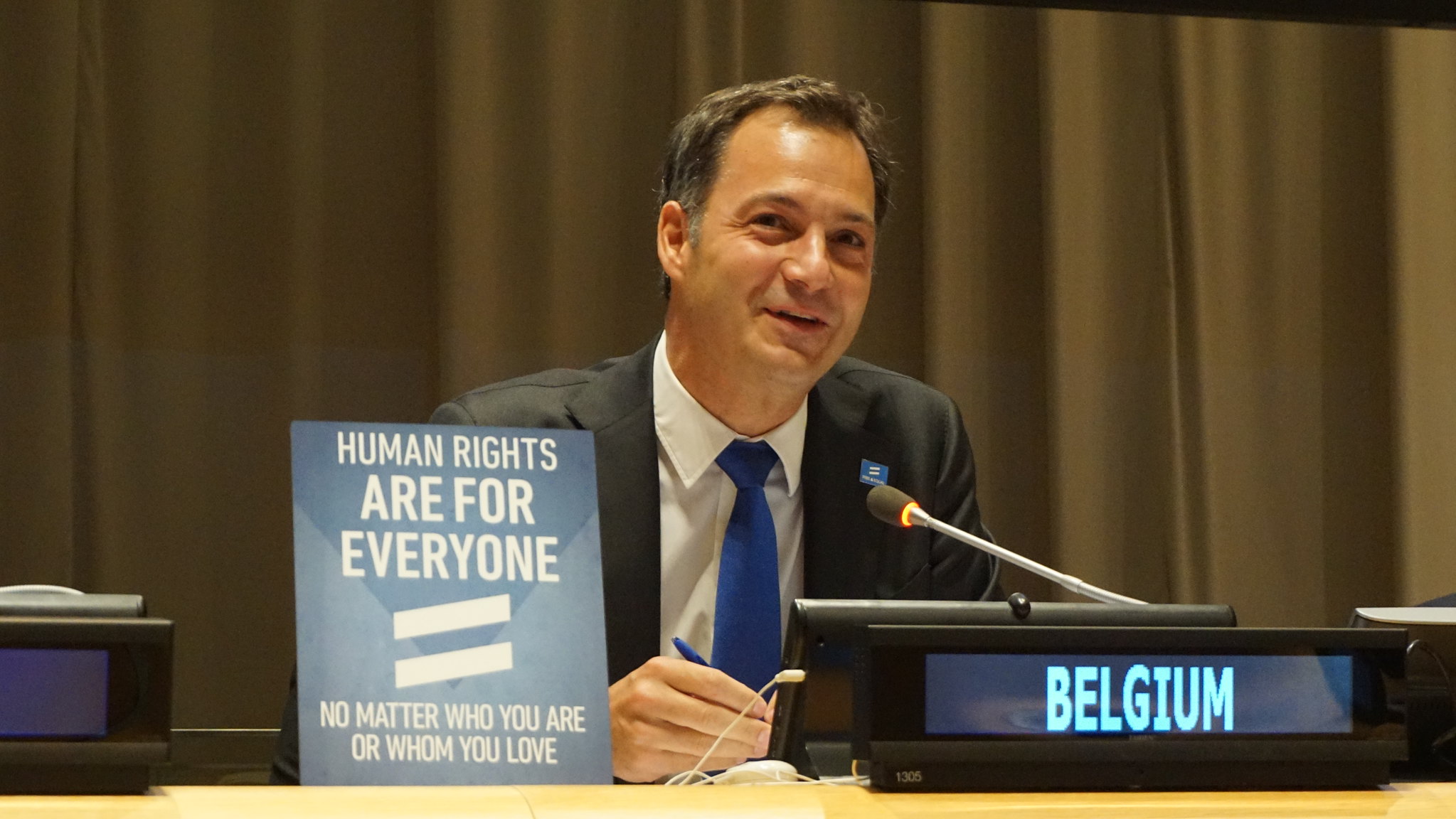 Alexander De Croo, Deputy Prime Minister of Belgium, touched on the notion of sovereignty and how sovereignty should not be used as an excuse to undermine human rights, declaring that, “Human rights are universal and human rights are to be implemented in a universal way and this has nothing to do with sovereignty. There has been discussion that we have to protect the sovereignty of all countries and I do not agree with that at all. We achieve progress in the world when we share, compare, when we talk to each other.” 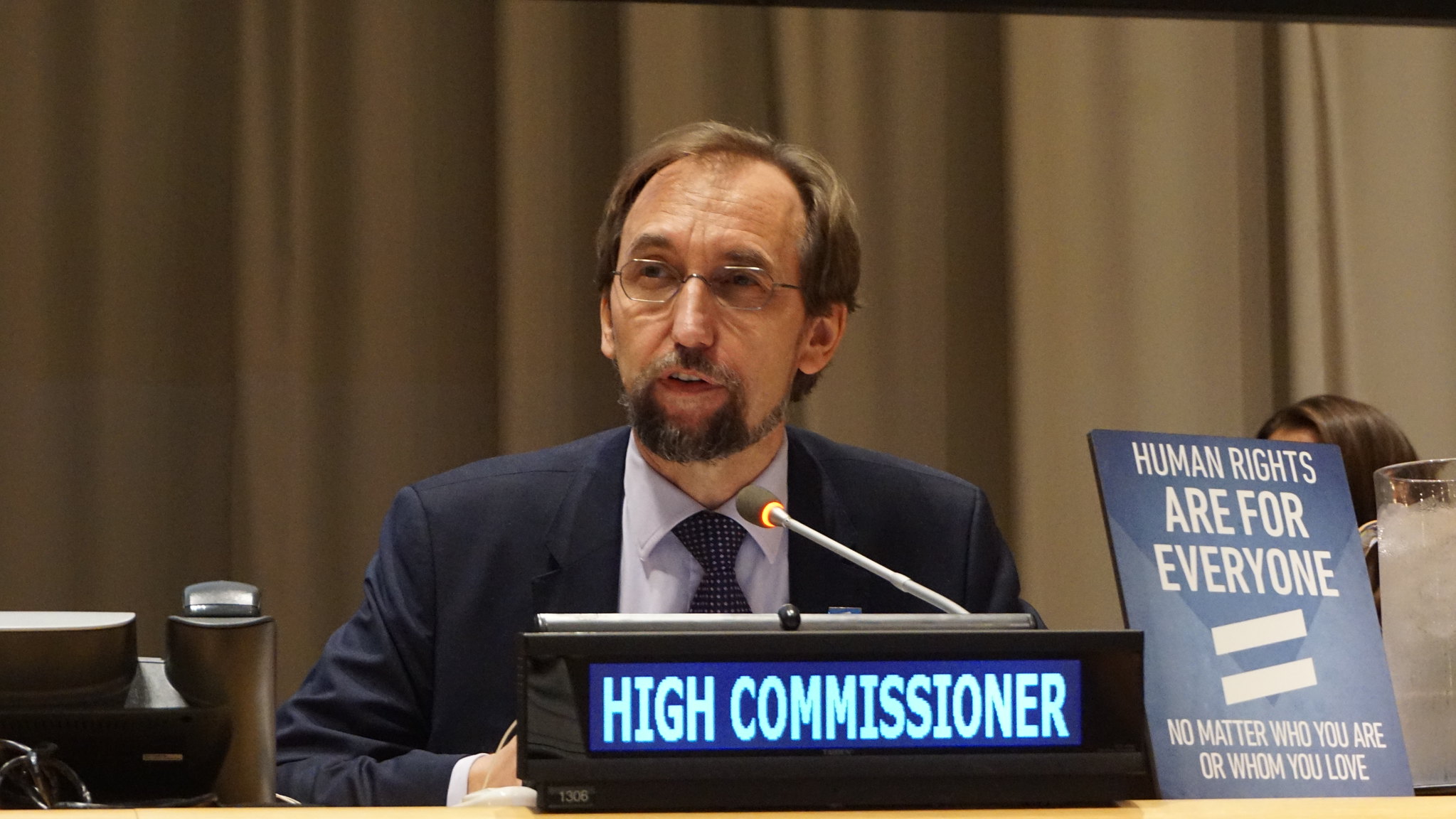 Following, the floor was given to Zeid Ra’ad Al Hussein, UN High Commissioner for Human Rights. The High Commissioner gave an impassioned speech highlighting the role of governments in protecting the rights of LGBTI people. He said, “As more and more LGBTI people come up and speak up and share their story, they are going to change the world around them. They are unstoppable. Our task is to protect them as they do. We ask all governments to allow individuals to love who they choose, outlaw discrimination, tackle hate crimes, bullying in schools and protect intersex children from harm, including by banning unnecessary surgery. The onus has to be on the government to protect these rights and explain to the public why these measures are needed. Governments cannot do this alone…it takes all of us.”

After the keynote speeches, Ministers, Deputy Ministers and Deputy Secretaries of States also weighed in on how to tackle discrimination and violence against LGBTI people globally. 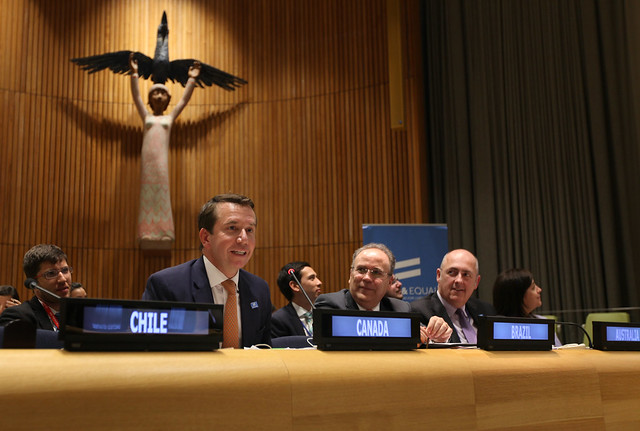 Scott Brison, President of the Treasury Board of Canada, candidly shared his personal stories of being a gay man and the first openly gay cabinet minister in Canada. He recognized how far Canada has come with regards to the rights of LGBTI people and the need to continue this progress globally, saying, “So in 50 years we have seen a lot of progress and it has coincided with my life. We have been very lucky but we cannot take our luck for granted…We need to do more. There’s a world out there that needs us to do more.”

Fernando Simas Magalhaes, Vice-Minister for Multilateral and Political Affairs, Europe and North America of Brazil, spoke on the multiple ways discrimination impacts LGBTI people and expressing urgency to tackle these issues, saying, “In too many countries, LGBTI people are among the most marginalized members of society. Studies show that LGBTI people suffer disproportionate levels of discrimination and abuse. Too many LGBTI people [remain] jobless, homeless and struggling to survive. [They face] higher rates of homelessness, poverty and hunger. It is a shameful waste of human talent and potential. Ending LGBTI exclusion must not wait.”

Martin Bille Hermann, Denmark’s State secretary for Development Policy, emphatically stated, “LGBTI people have the right to decide freely over their own body and sexuality, this is absolutely fundamental. Because if just one person doesn’t have the right to be who they are, then how can we claim that human rights are for all and not just a privilege for some.”

“We need the UN to continue its leadership role and convey a clear that human rights are for all. Violence and discrimination based on sexual orientation and gender identity cannot be tolerated. No one should have to live in fear because of who they love. Working for a world where this is a reality is our moral obligation,” said Tone Skogen, a State Secretary in Norway's Ministry of Foreign Affairs emphasizing the UN’s obligation to uphold human rights, and the obligation for all people to fight homophobia and transphobia. 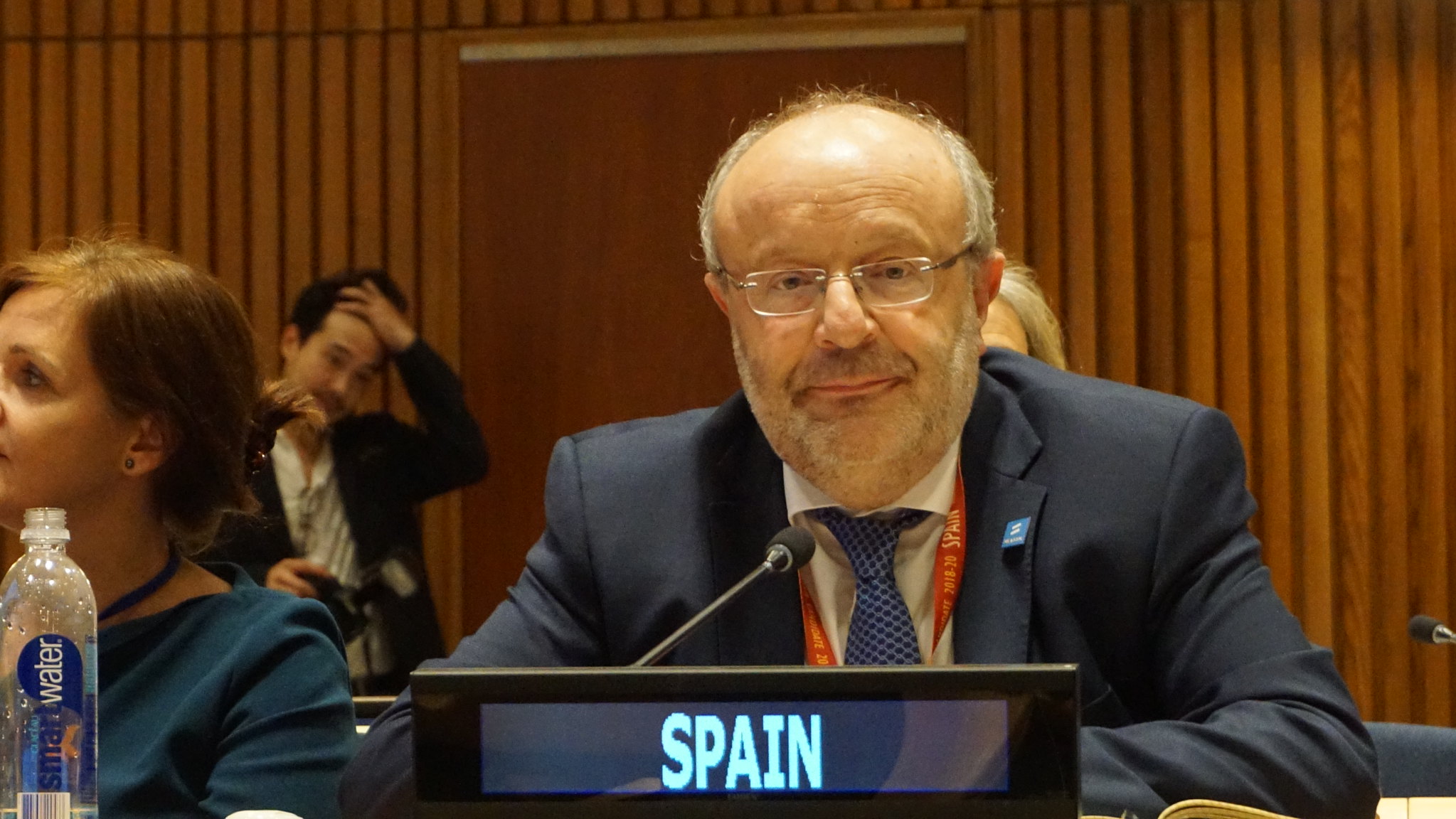 Last to speak was Fernando Garcia-Casas, Secretary of State for International Cooperation, Ibero-America and the Caribbean. He noted the vast areas of discrimination faced by LGBTI people, saying, “Progress notwithstanding, LGBTI people still suffer discrimination in different social spheres. [We are] especially concerned about its impact on social behavior, in schools, sports, in rural areas and the private companies.”